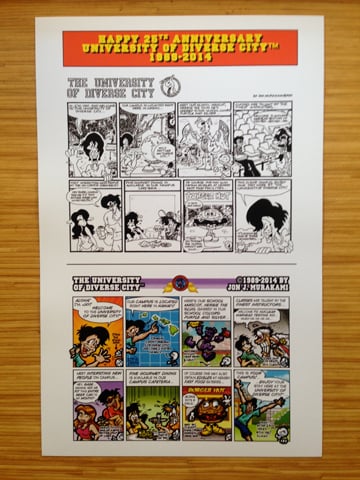 an extremely limited edition 11x17" print featuring my very first comic strip "The University of Diverse CIty" that I created in 1989 for the University of Hawaii Manoa college newspaper that basically launched my entire career!

25 years later in 2014 I decided to redraw and update that same comic strip as you see a side-by-side comparison between then and now!