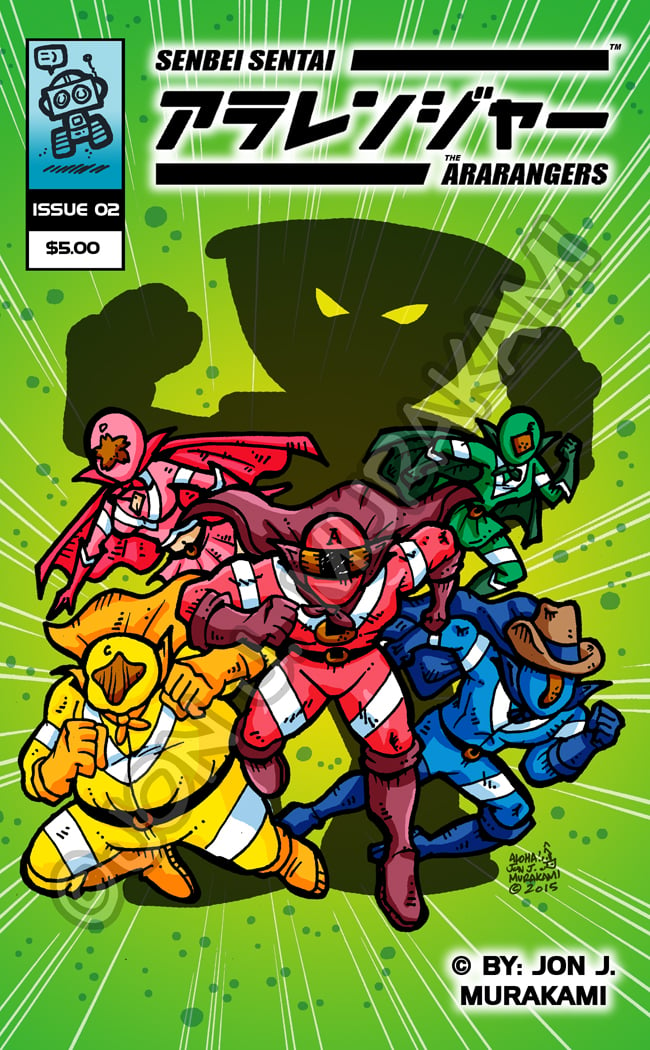 This issue focuses on the Red Ranger aka The Norimaki Ranger and his internal struggles within himself while the evil Ramen Men terrorizes the city!