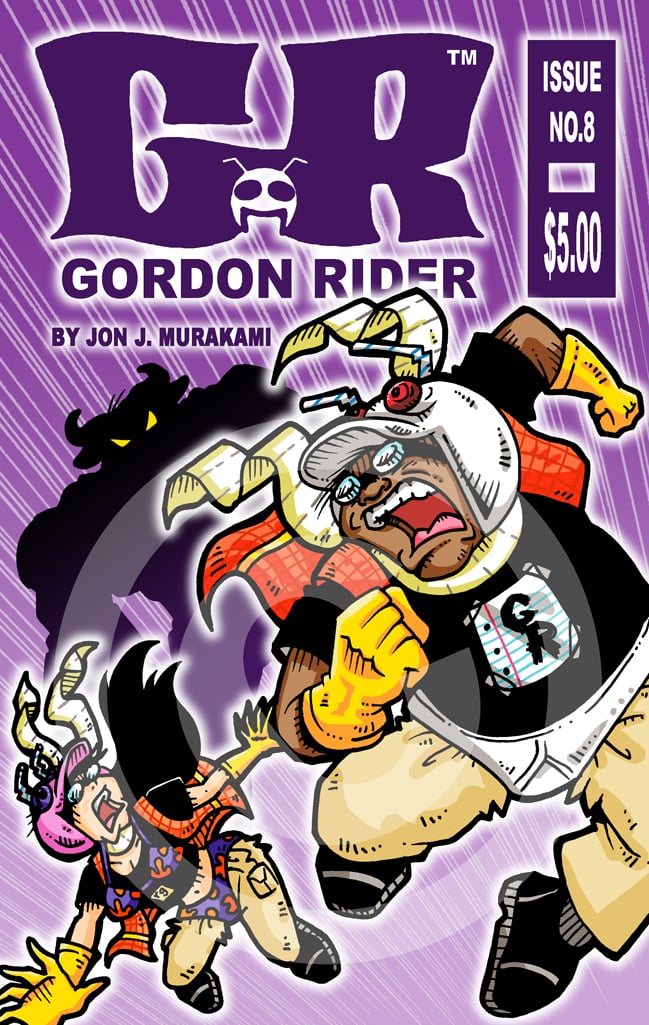 The conclusion of the RIDER-GIRL ARC! A mysterious woman who resembles and has powers that are equal or surpasses Gordon Rider himself! Who is this person? What's her secret? Part 2 in a 2-part series!

THE KAWAII-CON EXCLUSIVE features an AWESOME COVER drawn by illustrator MAT NASTOS & colored by BLAKE WILKIE! It comes with a BONUS SET OF 9 TRADING CARDS that makes a cool image on the back when assembled properly! Only when you purchase the special K-Kon version! THIS ONE WILL BE AN EXTREMELY LIMITED PRINTED COVER! WE ONLY HAVE A FEW LEFT!!!

We also have a BLANK COVER for those who want to delve in designing their own cover - OR Have Jon J. sketch an ORIGINAL COVER for you!

Monsters & abilities were suggested by fans and readers via facebook! Maybe you'll see your name listed in the credits :D