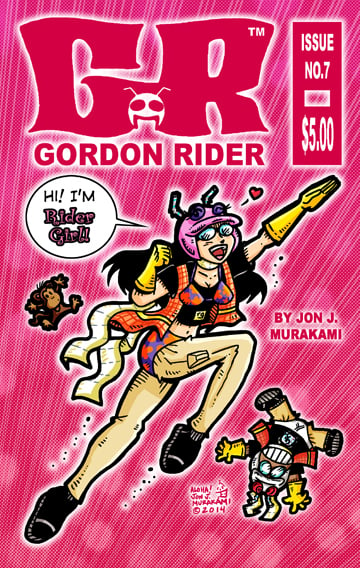 The long-awaited appearance of RIDER-GIRL! A mysterious woman who resembles and has powers that are equal or surpasses Gordon Rider himself! Who is this person? What's her secret? Part 1 in a 2-part series!

WE HAVE ONLY A FEW ISSUES LEFT OF THE KAWAII-CON EXCLUSIVE - The cover was drawn by the amazing illustrator MICHAEL CANNON! and also comes with a limited set of 3 EXCLUSIVE 1.25" pins!

Monsters & abilities were suggested by fans and readers via facebook! Maybe you'll see your name listed in the credits :D