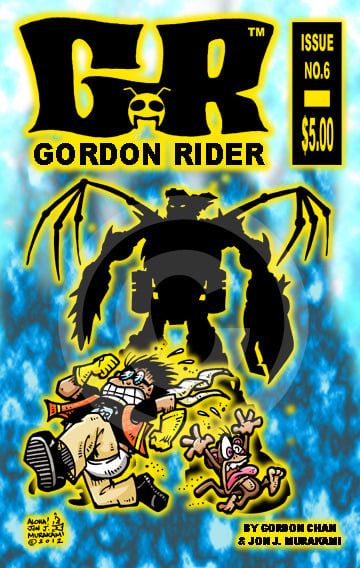 Gordon Rider finds himself trapped in a series of rooms by an unidentified foe. In order to reach him and save the damsel in distress, Gordon must battle his way through 7 deadly robot monsters!

Find out who is behind all this! Our most ACTION-PACKED issue! :D

Monsters were suggested by fans and readers via a facebook contest.

Gordon himself wrote the general script for this issue AND was the preliminary designer for the robots!